Elchin was born in Baku (Azerbaijan).

He graduated from the Azerbaijan State University of Arts with a degree in cinema direction. In 2005 he took part in the Summer Academy of the Mozarteum (Salzburg, Austria; Millers’s class). From 2005 to 2007, Elchin was an intern at the Opera Studio of the Baku Music Academy.

Since year 2007 he has been a soloist of the Opera Centre, where he has debuted as Escamillo in Bizet’s Carmen. He has since performed Eugene Onegin and Ibn Hakia in Tchaikovsky’s Eugene Onegin and Iolanta correspondingly, as well as Gryaznoy’s part in Rimsky-Korsakov’s The Tsar’s Bride and Rigoletto in Verdi’s Rigoletto.

Since 2008, Azizov has been a soloist of the Bolshoi Theatre of Russia, where he performs as Escamillo in Bizet’s Carmen, Ibn Hakia in Tchaikovsky’s Iolanta, Leander in Prokofiev’s The Love for Three Oranges, Doktor Falke in Johann Strauss Jr.’s Die Fledermaus, Gryaznoy in The Tsar’s Bride by Rimsky-Korsakov, Germont  in Verdi’s La traviata, Shchelkalov in Mussorgsky’s Boris Godunov, Tomsky, Zlatogor in Tchaikovsky’s The Queen of Spades, Prince Igor in Borodin’s Prince Igor, Rodrigo in Verdi’s Don Carlo, Lescaut in Puccini’s Manon Lescaut, Misgir (Rimsky-Korsakov’s The Snow Maiden, Renato in Verdi’s Un Ballo in Maschera, title part in Tchaikovsky’s Mazeppa.

Elchin tours extensively, performing at the major opera venues and concert hall all around the world. His engagements include: the title role in Tchaikovsky’s Eugene Onegin at the Mikhailovsky Theatre in St. Petersburg (2009), Iago’s part in Verdi’s Otello at the Grand Hall of the Moscow Conservatory (concert version, 2009), Gryaznoy (The Tsar’s Bride by Rimsky-Korsakov, 2011, at the Estonia Theater in Tallinn), Amonasro at the National Opera of Chile (Aida by Verdi, 2011), Ibn-Hakia at the Theater an der Wien (Iolanta by Tchaikovsky, 2012), High Priest of Dagon at the Rome Opera (Samson et Delilah by Saint-Saens, 2013) and the Savonlinna Opera Festival (2013), Count di Luna at the Opera House of Limoges and the Opera of Reims (Il trovatore by Verdi, 2014), Ibn-Hakia at the Metropolitan Opera New York (2015), at the Polish National Opera (2016) and at the Maggio Musicale Fiorentino Festival (2016), Ibn-Hakia at the Savonlinna Opera Festival (Iolanta, 2017), Carlo Gerard at the Hungarian State Opera (Andre Chenier by Giordano, 2017), Macbeth (Macbeth by G. Verdi) at the Lyon Opera Festival, Scarpia (Tosca by Puccini) at the National Opera of Chile, Abimelech (Saint-Saens, Samson et Delilah) at the Metropolitan Opera (2018), Ibn-Hakia (Iolanta), Gryaznoy (The Tsar’s Bride) at the Shanghai Grand Theatre (2019).

He is a regular participant of the Mstislav Rostropovich International Festivals in Baku.

Elchin holds a title of People’s Artist of Azerbaijan. 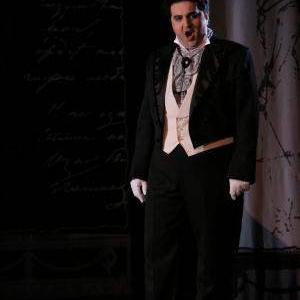 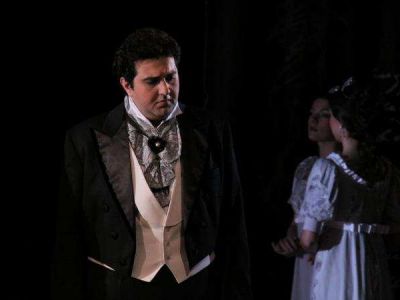 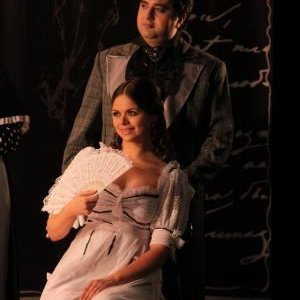 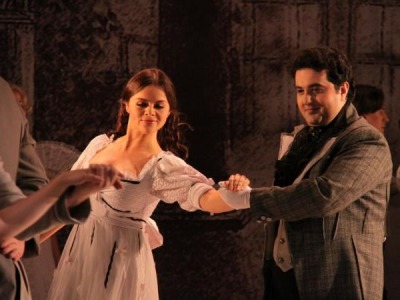 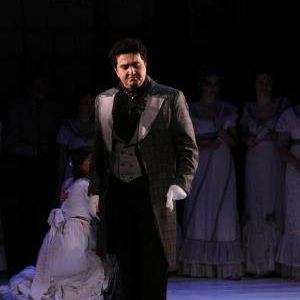